The present MHCE first consisted of 2 associations namely the MHCEurope and the EUSAM. However January 2013 the 2 associations merged to keep the costs low and to provide more opportunities for their members.

The MHCEurope was founded in 1999 in Belgium. It was a club for humans and animals and shows were the central point of interest. The first show was in Belgium followed by The Netherlands. Now there are shows in many European countries.

In recent years the quality of Miniature horses has substantially increased as a result of the love for the breed by Miniature Horse people. In Europe with have some of the best Miniature Horse breeders which translates into top quality horses.

With pride we can say that Europe belongs to the top of the World in Miniature Horse breeding.

The EUSAM Studbook was founded in The Netherlands and is approved by the Dutch PVE organization.

In 2012 an idea was suggested to conflate both associations. Many were member at both associations. Next to that there were 2 boards that needed volunteers. However people are often very busy and have to less time to have a board job next to the fact that they have a hobby. While many tasks of the associations can be arranged as one, and while it offers more opportunities for the members it is decided to merge both associations per January 2013 and thus the present

Did you know that some uk casinos also have their own betting platform where you can bet on horse racing? Check them out at casinotestreports.com! 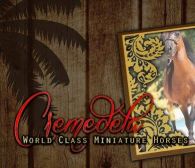 The place to be with your European Miniature Horse